There is no surprise in one of the most successful Formula 1 teams creating amazingly fast hybrid supercar. But there was surprise in beauty of this model  It is McLaren P1 with its track ready version McLaren P1 GTR, that are the one of the fastest and most exciting cars mortals can buy.

It is beautiful to look. Design of exterior is really a marvel. It’s one of those cars that when you feel like almost every shape is invented and it’s all now just variations, designers at Maclaren come up with this new, beautiful elegant and aggressive shape. Back is just gorgeous. Don’t think its just a beauty – it’s a real beast. If you start from 0 to 299 kmh, you would be faster for 5.5 seconds than F1 cars, as P1 can make it there in 16.5 faster. 0–100 km/h is super respective 2.8 seconds. S once for all – do not tell me hybrids are slow!

Back to P1. Drive can choose automatic run of both engines, where electric motor mostly offer power boost to compensate for turbo lag. And if you chose you can run only on petrol or in all-electric mode. Both engines together therefore product total power of 904 bhp (917 PS; 674 kW) which deliver 723 lb·ft (980 N·m) of torque. Original McLaren P1 was produced in only 375 unit, which as of course all sold out, so keep your wallet in place. Hybrid supercar was first revealed in 2012 at the Paris Motor Show, and all units are sold out by November 2013. Production ended in 2015. With all cars being deliver to Asia, Europe, Middle East and America. 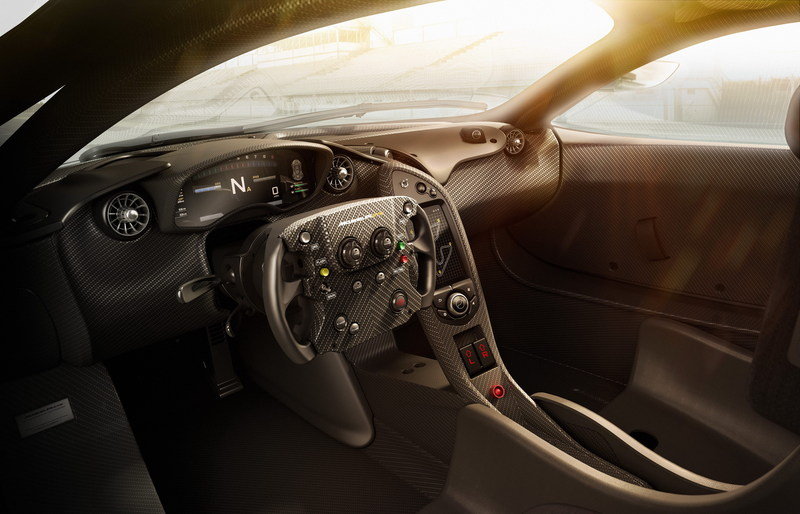 No need to be sad, my friend – McLaren P1 announced that special editions will be produced and beautiful model you can see on photo below is special edition 2016 McLaren P1 GTR. Track version of car that had additions power, boosting to 987 bhp (1,000 PS, 735 kW). Price of around $1.7M include special track days and training.

If you are interested in electric capabilities and range of P1, here is a nice info about it. P1 can be driven from 10 to 20 km on electric power only, making it for some nice silent ride in supercar down to the shops and back. Batteries can be recharged fully in 3 hours. Of course when you hit the road for a day, you need more rage, so with petrol engine McLaren P1 can run for 530 km. Which is great as contended for the next Gumball 3000 race. And for sure there a few that show up last year.

Where this car shine is racing and on Silverstone circuit in UK, McLaren P1 was tested against main competitions, beautiful Porsche 918 hybrid and exciting LeFerrari. McLaren P1 proved to be the fastest with 58.24 seconds a lap, following by Porsche 918 at 58.46 seconds and the LaFerrari with 58.58. Which one would you chose? Let us know in comments!

Will 100% plug-in electric McLaren supercar follow? We hope. And we hope soon. And let’s see it challenge NextEV NIO EP9 at Nürburgring Nordschleife track. Oh, yes, we live for that day.